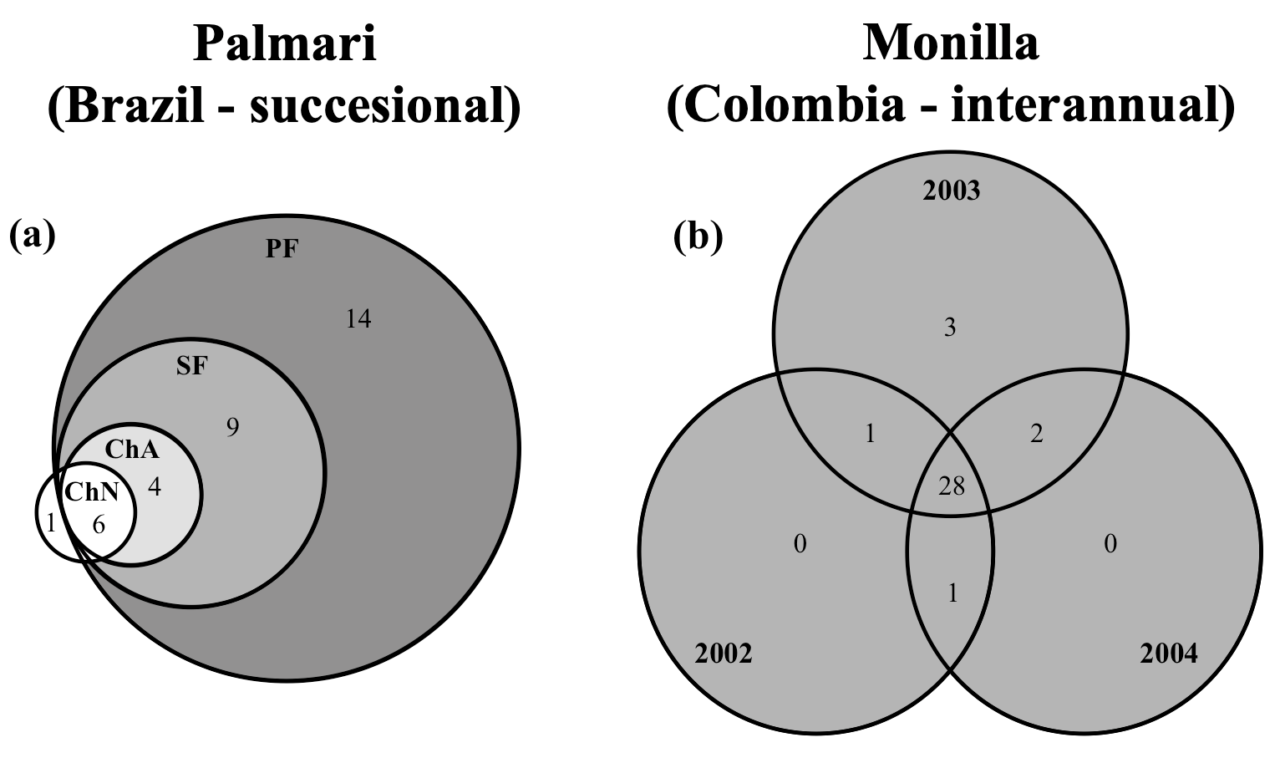 Species diversity varies in space and time. Temporal changes in the structure and dynamics of communities can occur at different scales. We investigated the temporal changes of dung beetle assemblages in the Amazonian region along seasons, years, and successional stages. We evaluated if assemblage structure changes between temporal scales and whether such changes affect the functional structure of communities. To achieve these goals, we sampled dung beetles using linear tran-sects of baited pitfall traps during the dry and rainy seasons at two natural reserves in the Amazon region, each representing different time scales: one covering successional variations (80, 30, 5, and 1 years of recovery from logging) and the other one encompassing three consecutive years at two successional stages (20 and 10 years from logging). We used Generalized Linear Models to analyze interannual and successional changes in diversity, described assemblage structure with a NMDS, and examined compositional variation by partitioning beta diversity into its nestedness and turnover components. Abundance and richness decrease from the rainy to the dry season and towards earlier successional stages but do not differ between years. Assemblage diversity changes differently in interannual and successional scales. During succession, dung beetle assemblages change drastically, following a nested structure due to the appearance of species and functional groups in later successional stages. In contrast, functional group composition does not show consistent changes between years, displaying a turnover structure. This pattern supports non-deterministic changes in dung beetle assemblage structure along forest succession.