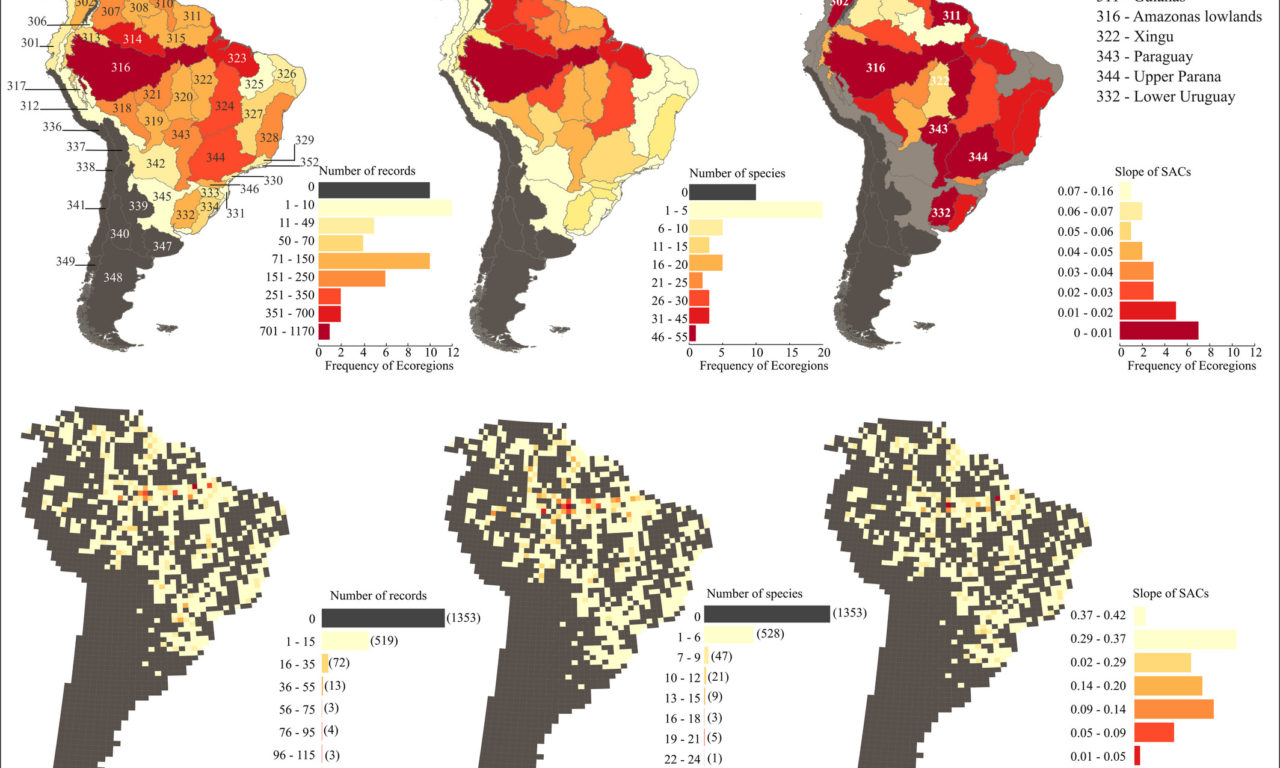 The Neotropics harbour the greatest diversity of freshwater fish on Earth. Despite recent advances in characterizing the fish fauna, the total number of species, distributional range, evolution and ecological traits remain uncertain. Thus, we quantify shortfalls in the knowledge of taxonomy (Linnean shortfall), geographic distribution (Wallacean shortfall), evolutionary relationships (Darwinian shortfall) and feeding habits (Raunkiæran shortfall) of Auchenipteridae driftwood catfishes, one of the most representative groups of the Siluriformes family in the Neotropics. We find a steep increase in the historical accumulation of valid species over time, suggesting that 45% of the total number predicted remains to be described. Auchenipterids also remain under-collected; only 45% of the ecoregions and less than 3% of the one-degree grid cells covering the Neotropics are reasonably sampled. The topologies of recent phylogenies are more similar to each other than former ones, showing a tendency towards a robust phylogenetic hypothesis for this family. Current knowledge on feeding habits is biased towards a few genera and species and is still expanding with every new published study. Our study highlights specific knowledge gaps that need to be addressed: a considerable number of Auchenipteridae species remain to be described; and most of valid species lack reliable information on their geographic distribution and feeding habitat. It implies that research on fish systematic biology needs to advance and it will require a concerted effort of taxonomists, ecologists and biogeographers to reduce these gaps.