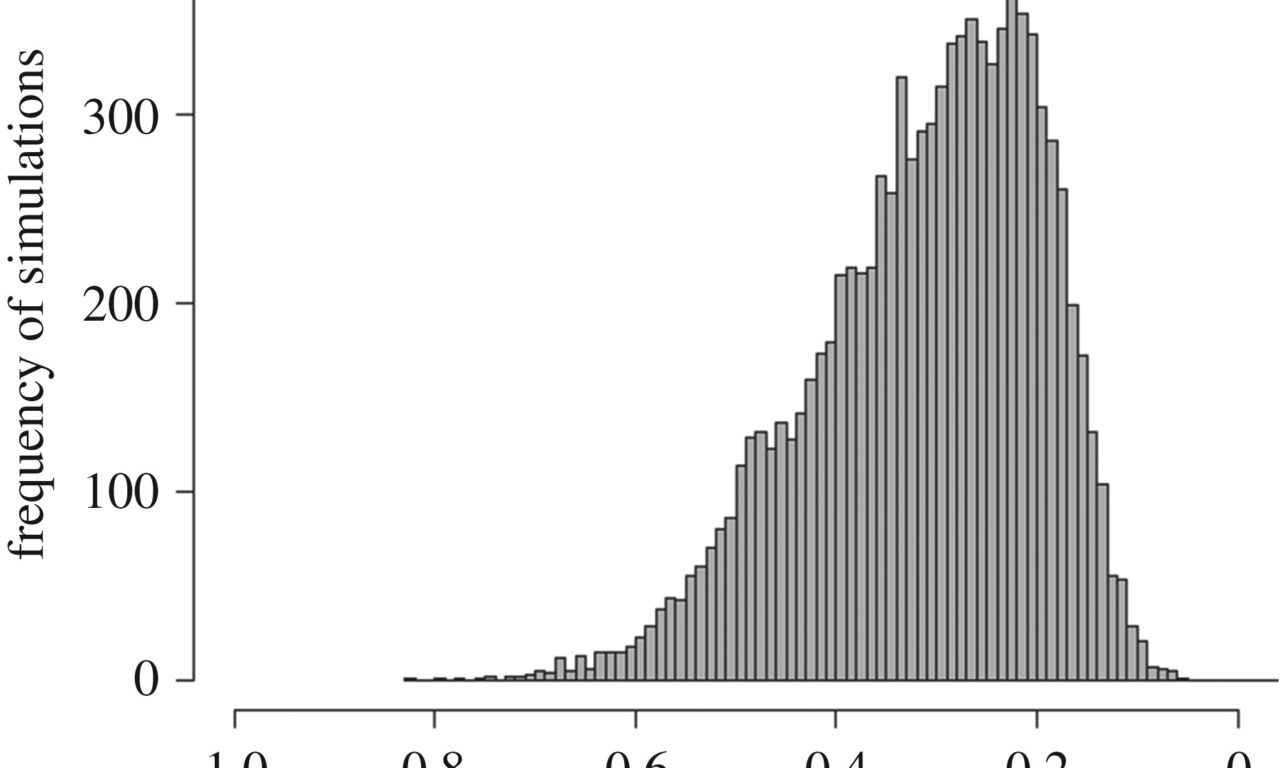 According to the island rule, small-bodied vertebrates will tend to evolve larger body size on islands, whereas the opposite happens to large-bodied species. This controversial pattern has been studied at the macroecological and biogeographical scales, but new developments in quantitative evolutionary genetics now allow studying the island rule from a mechanistic perspective. Here, we develop a simulation approach based on an individual-based model to model body size change on islands as a progressive adaptation to a moving optimum, determined by density-dependent population dynamics. We applied the model to evaluate body size differentiation in the pigmy extinct hominin Homo floresiensis, showing that dwarfing may have occurred in only about 360 generations (95% CI ranging from 150 to 675 generations). This result agrees with reports suggesting rapid dwarfing of large mammals on islands, as well as with the recent discovery that small-sized hominins lived in Flores as early as 700 kyr ago. Our simulations illustrate the power of analysing ecological and evolutionary patterns from an explicit quantitative genetics perspective.