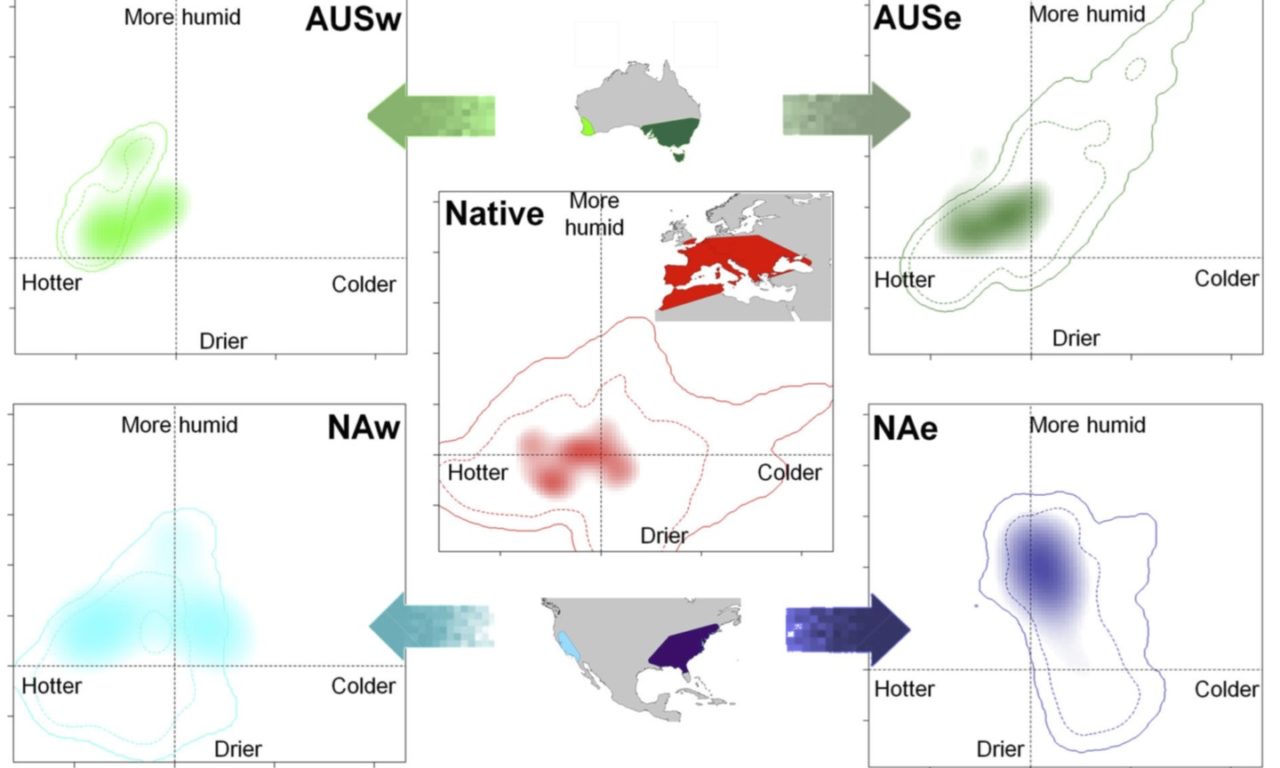 The historical contingencies of biological invasions may have important consequences for final invasion outcomes. Here, we characterize the variations in the realized niche during the invasions of the bull-headed dung beetle Onthophagus taurus (Coleoptera: Scarabaeidae) from its native Mediterranean range following accidental (Eastern North America) as well as deliberate (Western North America, Western Australia, and Eastern Australia) releases into novel, exotic ranges approximately 50 years ago. Specifically, we examined whether the climatic responses of exotic O. taurus have diverged from those characterizing their native range, and if so, to what degree and in what dimensions. We found that when compared to the native range, all exotic populations exhibited similar overlap proportions regardless of invasion history. However, more detailed analysis of climatic niche features showed that all three deliberately established populations were characterized by overall similar climatic niche features, whereas the accidentally-established Eastern North American populations have undergone significant changes in their climatic niche. Specifically, when analog climates were considered on the background of each pairwise range comparison, accidentally-established Eastern North American populations showed a different climatic niche expansion than their deliberately introduced Australian or Western North American counterparts, in particular towards colder and more humid climates. We discuss our results in the context of the widely divergent introduction histories of O. taurus in Australia and North America, and highlight the possible roles of contrasting propagule sizes, disparate genetic profiles and variances, adaptive processes and invadable landscapes in shaping invasion outcomes in the different exotic ranges.