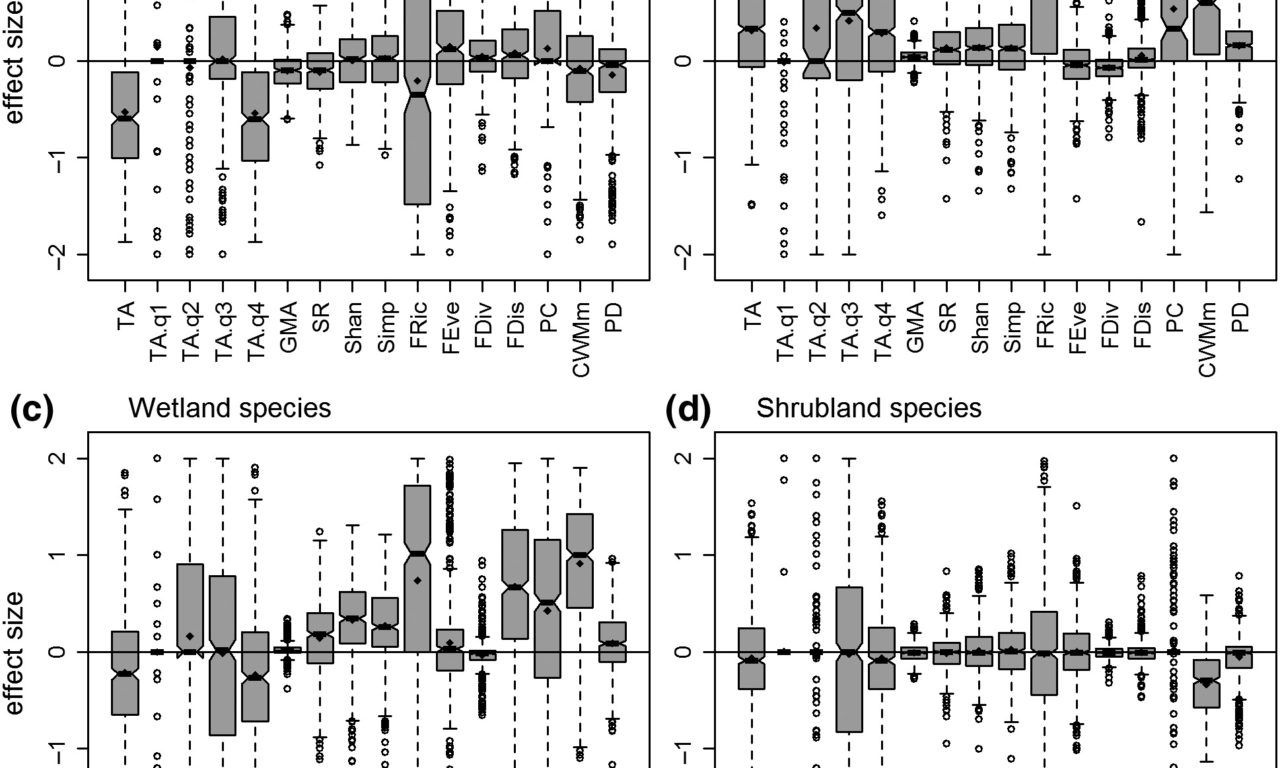 Although it is generally recognized that global biodiversity is declining, few studies have examined long-term changes in multiple biodiversity dimensions simultaneously. In this study, we quantified and compared temporal changes in the abundance, taxonomic diversity, functional diversity, and phylogenetic diversity of bird assemblages, using roadside monitoring data of the North American Breeding Bird Survey from 1971 to 2010. We calculated 12 abundance and diversity metrics based on 5-year average abundances of 519 species for each of 768 monitoring routes. We did this for all bird species together as well as for four subgroups based on breeding habitat affinity (grassland, woodland, wetland, and shrubland breeders). The majority of the biodiversity metrics increased or remained constant over the study period, whereas the overall abundance of birds showed a pronounced decrease, primarily driven by declines of the most abundant species. These results highlight how stable or even increasing metrics of taxonomic, functional, or phylogenetic diversity may occur in parallel with substantial losses of individuals. We further found that patterns of change differed among the species subgroups, with both abundance and diversity increasing for woodland birds and decreasing for grassland breeders. The contrasting changes between abundance and diversity and among the breeding habitat groups underscore the relevance of a multifaceted approach to measuring biodiversity change. Our findings further stress the importance of monitoring the overall abundance of individuals in addition to metrics of taxonomic, functional, or phylogenetic diversity, thus confirming the importance of population abundance as an essential biodiversity variable.