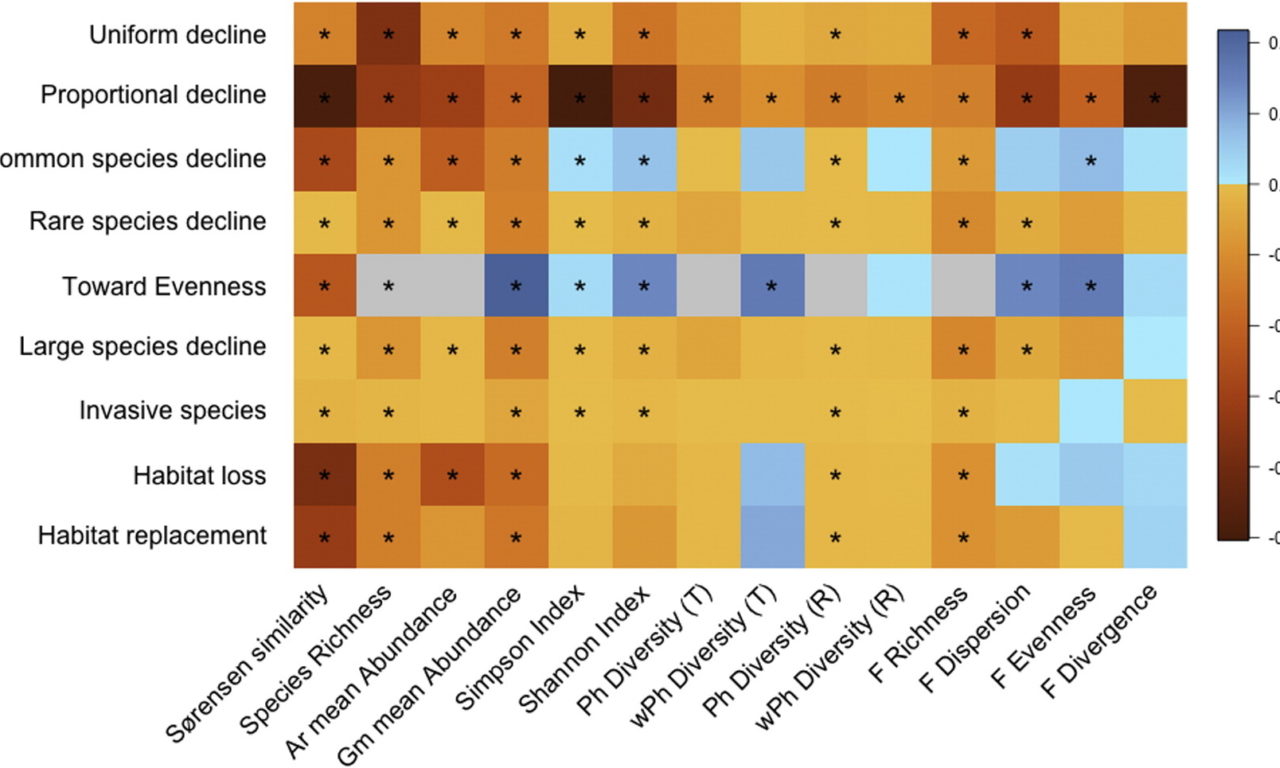 A large number of diversity metrics are available to study and monitor biodiversity, and their responses to biodiversity changes are not necessarily coherent with each other. The choice of biodiversity metrics may thus strongly affect our interpretation of biodiversity change and, hence, prioritization of resources for conservation. Therefore it is crucial to understand which metrics respond to certain changes, are the most sensitive to change, show consistent responses across different communities, detect early signals of species decline, and are insensitive to demographic stochasticity. Here we generated synthetic communities and simulated changes in their composition according to 9 scenarios of biodiversity change to investigate the behaviour of 12 biodiversity metrics. Metrics showed diverse abilities to detect changes under different scenarios. Sørensen similarity index, arithmetic and geometric mean abundance, and species and functional richness were the most sensitive to community changes. Sørensen similarity index, species richness and geometric abundance showed consistent responses across all simulated communities and scenarios. Sørensen similarity index and geometric mean abundance were able to detect early signals of species decline. Geometric mean abundance, and functional evenness under certain scenarios, had the greatest ability to distinguish directional trends from stochastic changes, but Sørensen similarity index and geometric mean abundance were the only indices to show consistent signals under all replicates and scenarios. Classic abundance-weighted heterogeneity indices (e.g. Shannon index) were insensitive to certain changes or showed misleading responses, and are therefore unsuitable for comparison of biological communities. We therefore suggest that separate metrics of species composition, richness, and abundance should be reported instead of (or in addition to) composite metrics like the Shannon index.