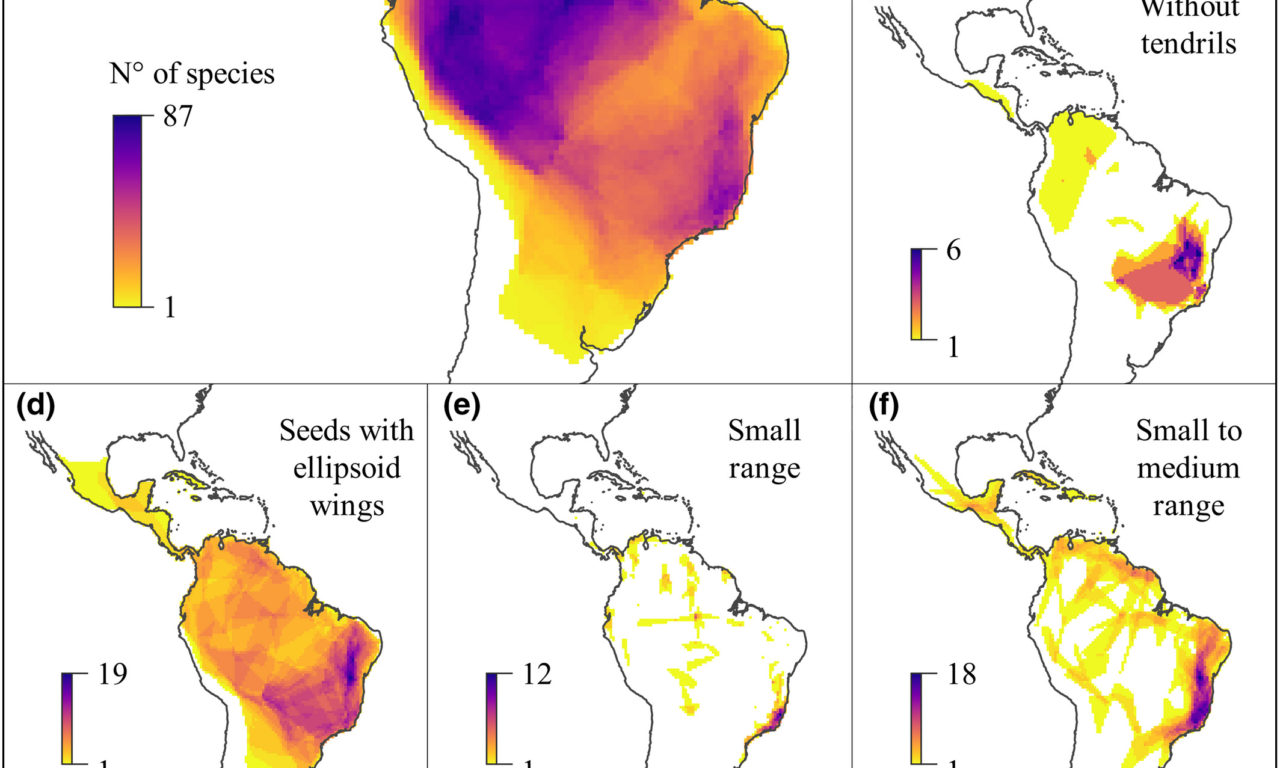 Aim Studying species richness patterns by considering all species as equivalent units may prevent a deeper understanding of the origin and maintenance of biodiversity. Here, we deconstructed the species richness of Neotropical lianas by specific attributes of species to study richness–environment relationships.

Main conclusions The richness deconstruction approach revealed that richness–environment relationships of species with specific attribute states differ from the overall species richness pattern. These morphological, geographical and evolutionary attribute states are mostly related to the survival and persistence in savanna habitats, and show that ecological strategies and evolutionary histories need to be taken into account to fully understand richness–environment relationships.