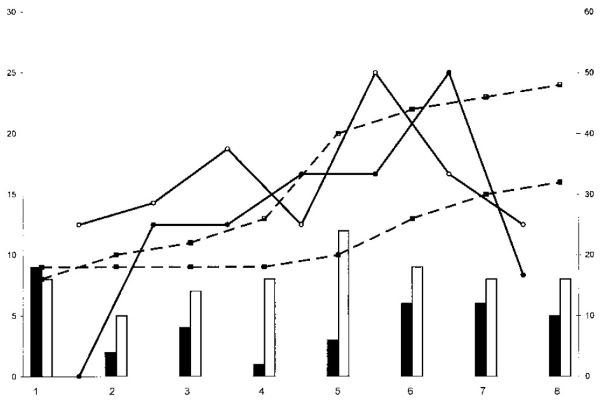 To explore the richness and geographic turnover of dung beetle assemblages (Scarabaeinae and Aphodiinae) inhabiting the Western Iberian peninsula, a latitudinal north-south transect was carried out in Portuguese territory. Estimators of alpha, beta, and gamma diversities were used, as well as the ratio Scarabaeinae/Aphodiinae, which puts into evidence some dung beetle community spatial characteristics. Clustering methods were also used to ascertain relationships between biogeographical Portuguese regions and geographical patterns of species replacement. Although Scarabaeinae appears mainly responsible for overall and regional richness, Aphodiinae richness was rather low everywhere except for the southernmost plot of the transect investigated. The scarcity of Aphodiinae species is reflected in the Scarabaeinae/Aphodiinae ratio, a score that is, however, clearly biased toward the Aphodiinae in almost all the Iberian Peninsula. For this reason the pairwise turnover in species composition between sites is mainly determined by the variation in Scarabaeinae species. Peaks of β-diversity, especially for Scarabaeinae, and clusters from dendrograms are highly consistent with physioclimatic subregions of Portugal, thus suggesting a correspondence between biogeographic and environmental boundaries.