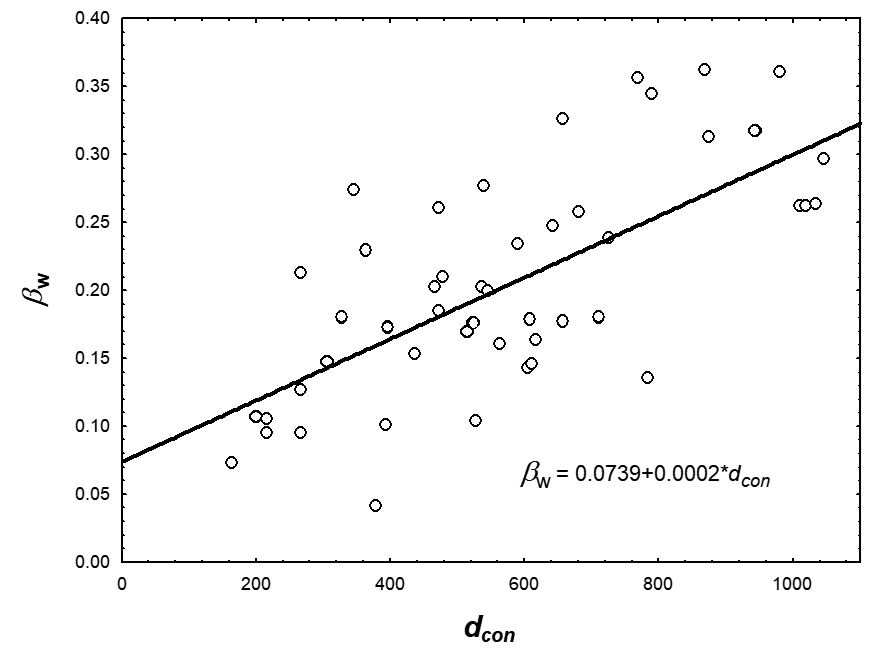 The role of dispersal events in shaping patterns of geographic differentiation of biotas has been often studied regarding to invasive events occurring in short periods of time. However, migrations of species from one area to another are occurring continuously. Thus, patterns on differentiation diversity may be affected by the connectivity among areas. We provide evidence of this fact using the recent mammal faunas at the Iberian Peninsula. When compared with differences in environment and habitat structure, connectivity-mediated distances where the most important factor affecting β-diversity patterns at 100×100 km scale. Moreover, most of the explanatory capacity of environmental differences could not be separated from that attributable to connectivity. We developed a model that links patterns in β-diversity with geomorphologically-based connectivity using these recent data, and tested it on the patterns of macromammal variation among sedimentary basins during the Iberian Neogene. β-diversity values where much higher than those observed for recent faunas, and our model was unable to predict Neogene patterns. A critical discussion on the causes of this lack of agreement among recent patterns and those observed from fossil data is provided.