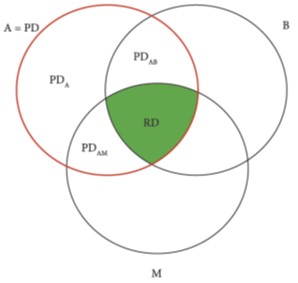 Biogeographers have tried to explain the geographic patterns of biodiversity for more than two centuries. As early as the 18th Century differences in climate were the first cause invoked to explain why the composition of species and their forms vary in space. The large amount of evidence in favor of a covariation between climatic and biodiversity gradients supports the use of contemporary factors as the main predictor of species distribution ranges. However, although it is clear that current environmental conditions affect species distributions, this ahistorical view may neglect the role played by other processes. Species distributions are also the result of many other factors related with the evolutionary history of the species, their dispersal ability and/or the history of land and climate. The different aspects of this historical view have been also largely studied and acknowledged. Here we discuss how these historical factors can produce spatial patterns of diversity that correlate with contemporary climatic gradients. We review recent advances that synthesize a more complex conceptualization of the factors affecting species distributions, highlighting the differences between potential and realized distributions. We discuss how can non-contemporary factors be partly taken into account in Species Distribution Modelling (SDM) through (i) an informed choice of the extent of the analysis – that restricts it to the areas where no historical processes have limited the range of the species; and (ii) a good choice of the evaluation dataset – that allows to determine the success of the model in describing the particular aspect of the distribution of the species that is being studied. We recommend a thoughtful approach to SDMs, based on a careful design of the analyses that ensures that they are the most adequate to help answering the particular questions of each study.