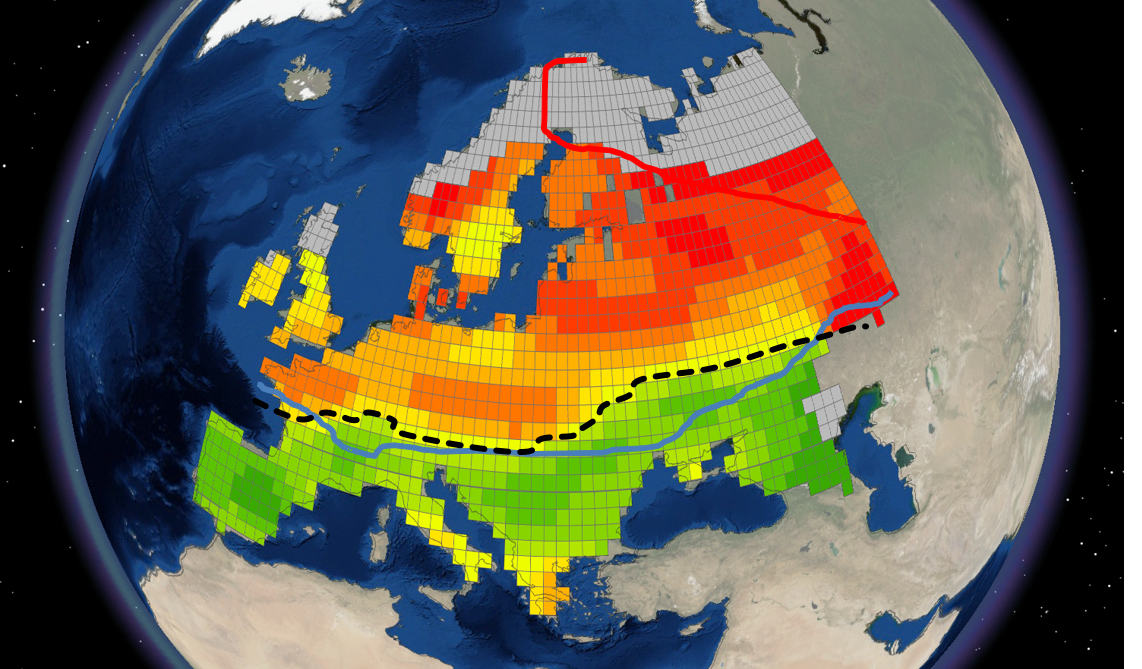 Current climate and Pleistocene climatic changes are both known to be associated with geographical patterns of diversity. We assess their associations with the European Scarabaeinae dung beetles, a group with high dispersal ability and well-known adaptations to warm environments. By assessing spatial stationarity in climate variability since the last glacial maximum (LGM), we find that current scarab richness is related to the location of their limits of thermal tolerance during the LGM. These limits mark a strong change in their current species richness–environment relationships. Furthermore, northern scarab assemblages are nested and composed of a phylogenetically clustered subset of large-range sized generalist species, whereas southern ones are diverse and variable in composition. Our results show that species responses to current climate are limited by the evolution of assemblages that occupied relatively climatically stable areas during the Pleistocene, and by post-glacial dispersal in those that were strongly affected by glaciations.