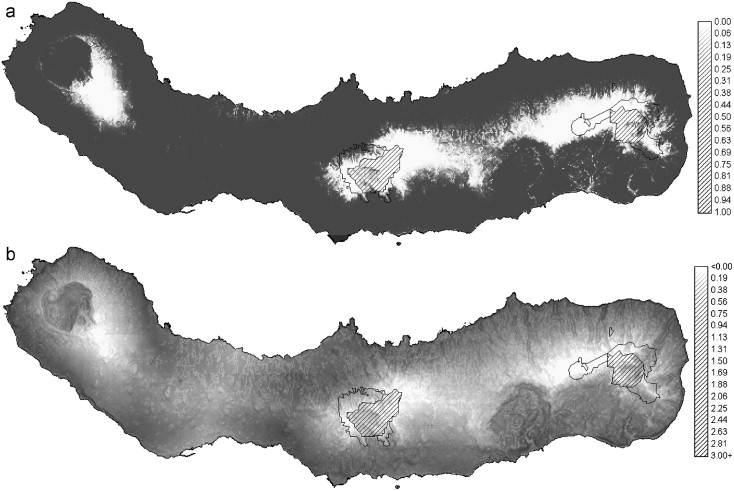 Non-indigenous plant species have been frequently reported as successful invaders in island environments, changing plant community composition and structure. This is the case of the sweet pittosporum (Pittosporum undulatum), native from Australia, which is one of the most successful plant invaders in the Azores archipelago. Data extracted from recent forestry inventories were used to model and map the potential distribution of P. undulatum in São Miguel, the larger island of the Azores. Current distribution of P. undulatum is related to climate, altitude and some human activity effects. Further analysis of the areas under risk of invasion showed that protected areas are under potential threat, although only a few native forest remnants seem to be threatened due to future expansion of P. undulatum, since the current distribution of these native communities has been reduced due to clearing and competition with invasive plants. We discuss the threats that any further expansion of the species will represent for low-altitude native forests, as well as the utility of species distribution models in the assessment of the areas under risk of invasion.