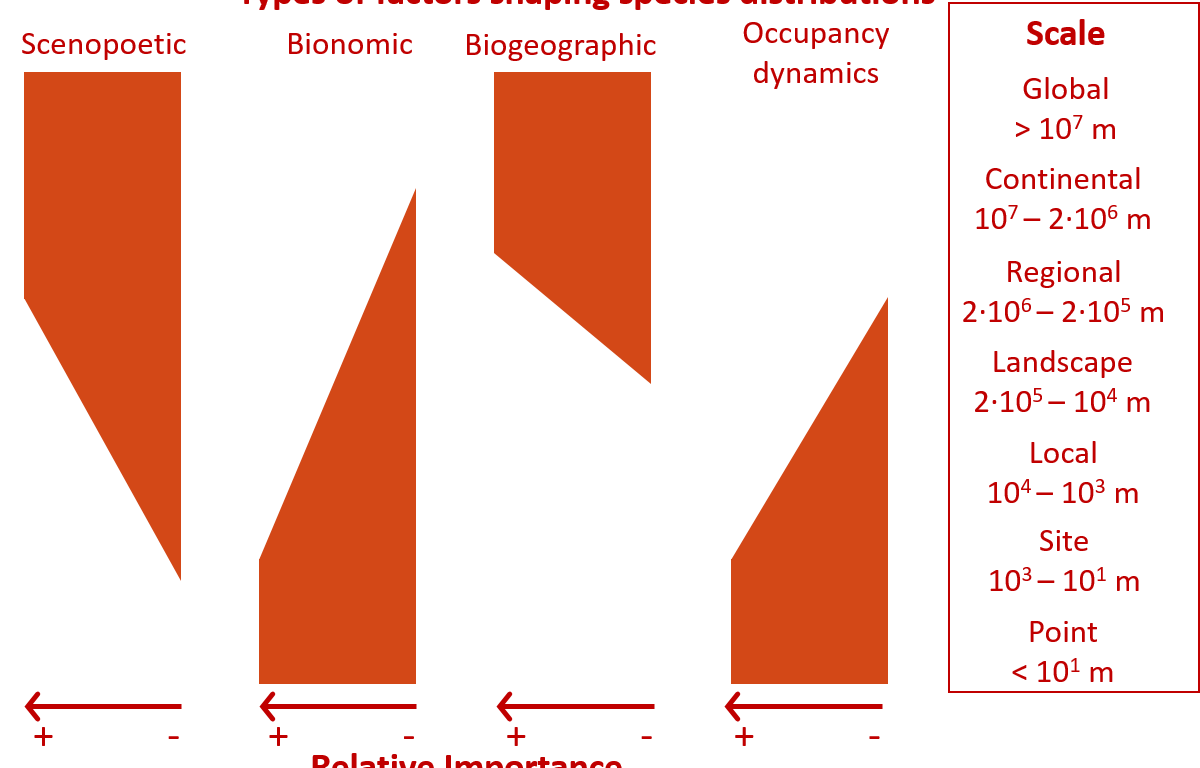 There is little doubt that multiple factors, operating across a hierarchy of spatial and temporal scales, shape species distributions (Levin 1992). However, while variation in the pattern and drivers of species richness with spatial scale has been extensively studied (Crawley and Harral 2001, Whittaker et al. 2001, Rahbek 2005), relatively less is known about how the determinants of the distributions of single species vary across spatial scales (but see, e.g. Mackey and Lindenmayer 2001, Pearson and Dawson 2003, Guisan and Thuiller 2005). Perhaps this dearth of information is due to the lack of a theoretical framework connecting these scale-variant effects, especially with regard to the most diverse group of eukaryotes – the arthropods.