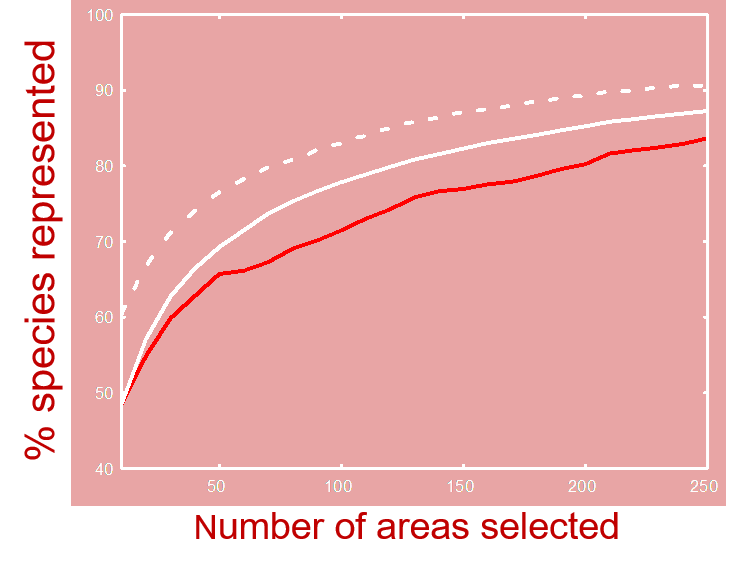 Biodiversity surrogates are needed because detailed data on the distributions of species and communities is very limited. Among alternative surrogate strategies there is an environmental diversity (ED) framework, which uses the p-median model to sample environmental space as evenly as possible. The underlying idea is that such a sample would represent underlying species diversity well. However, tests of the effectiveness of ED as a surrogate for species diversity have been inconclusive, and there is a debate concerning the usefulness of different implementations of ED. In particular, it has been argued that tests of the ED framework are flawed because they used discrete algorithms (calculating the p-median from an observed environmental space), while continuous versions of ED should be preferred (i.e. calculating the p-median from a theoretical, continuously spaced, environmental space). Unfortunately, progress has been hampered by lack of independent testing of the two ED approaches. Here, we provide the first empirical test of the effectiveness of both continuous and discrete ED using European distributions of amphibians and reptiles. Analyses were implemented considering two different extents: (1) western Europe and (2) the Iberian Peninsula. In both cases, implementations of ED represented species at a lower rate than expected by chance (P < 0.05). Unlike suggested by some authors, the continuous ED was not consistently superior to the discrete form: continuous implementations of ED performed slightly better when fewer areas were selected and discrete ED performed better when the whole of the western European region was considered. Our results support findings that ED has only limited value as a surrogate for biodiversity and invite the interpretation that failure of ED is more likely to be related with oversimplification of assumptions underlying the model than to the particular p-median algorithm used.