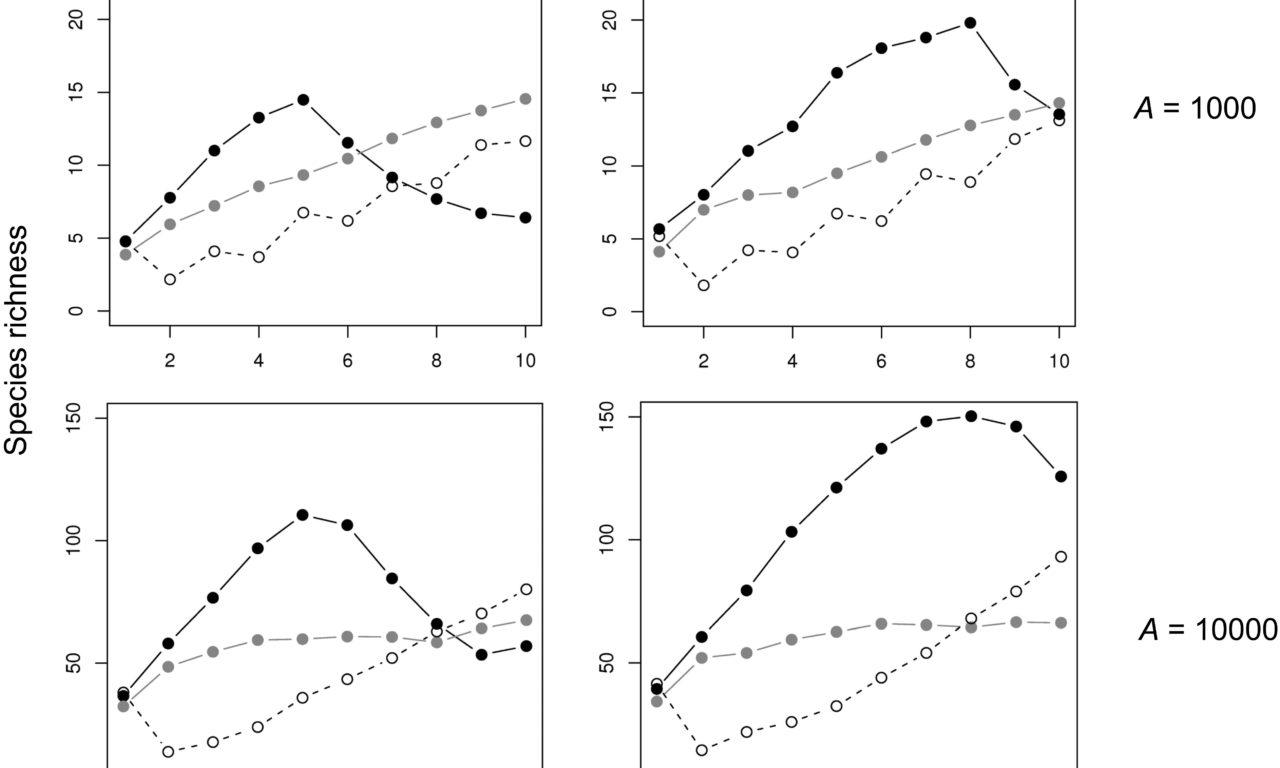 Species richness is commonly thought to increase with habitat diversity. However, a recent theoretical model aiming to unify niche and island biogeography theories predicted a hump‐shaped relationship between richness and habitat diversity. Given the contradiction between model results and previous knowledge, we examine whether the relationship between species richness and habitat diversity is consistently monotonically increasing and under which circumstances, if at all, such relationships could be hump shaped. We review the empirical evidence about the shape of such relationships and show that species richness on islands usually increases with habitat diversity and that it never decreases. We also critically examine the assumptions of the theoretical model and modify them to incorporate a less restrictive definition of niche width. The modified assumptions lead to simulations that better capture real patterns, using either simple parameters or observed distributions of niche breadth. Further work is needed to incorporate ecological interactions and metacommunity dynamics if the aim is to merge niche and island biogeography theories in a realistic modeling framework.