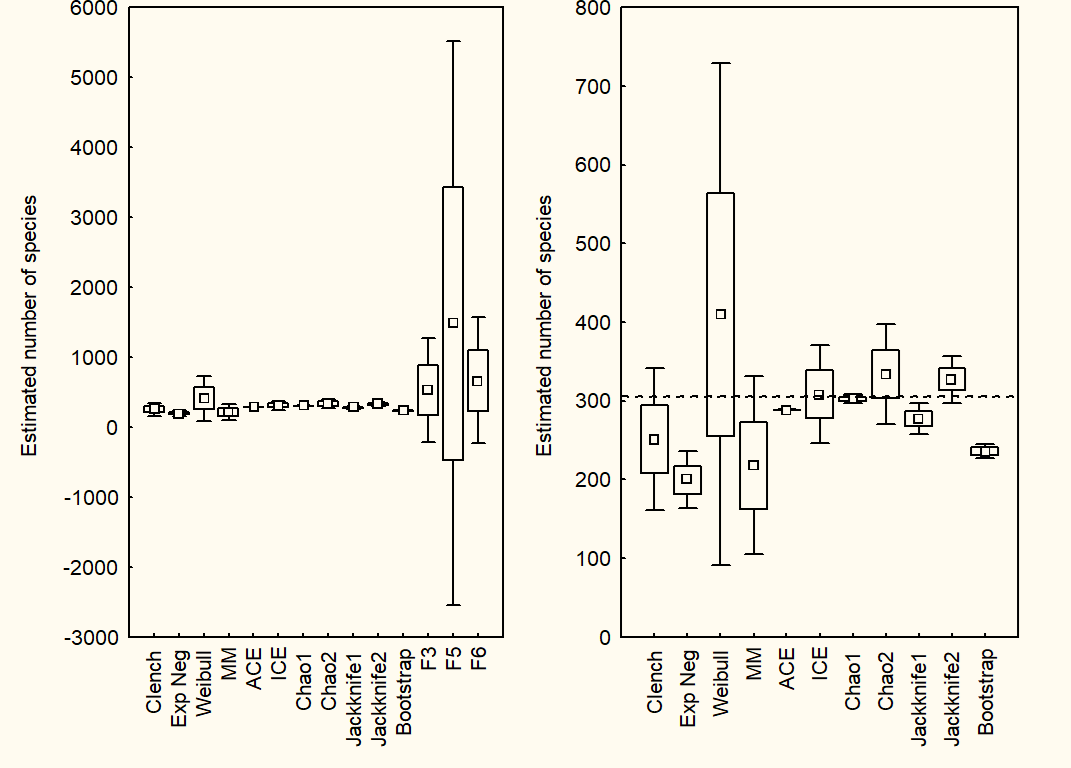 This article was republished in the inaugural virtual issue of Methods in Ecology and Evolution: British Ecological Society Methods Papers.

Fifteen species richness estimators (three asymptotic based on species accumulation curves, 11 nonparametric, and one based in the species–area relationship) were compared by examining their performance in estimating the total species richness of epigean arthropods in the Azorean Laurisilva forests. Data obtained with standardized sampling of 78 transects in natural forest remnants of five islands were aggregated in seven different grains (i.e. ways of defining a single sample): islands, natural areas, transects, pairs of traps, traps, database records and individuals to assess the effect of using different sampling units on species richness estimations.

Estimations developed using the smaller grain sizes (pair of traps, traps, records and individuals) presented similar scores in a number of estimators (the above-mentioned plus ICE, Chao2, Michaelis–Menten, Negative Exponential and Clench). The estimations from those four sample sizes were also highly correlated.

Contrary to other studies, we conclude that most species richness estimators may be useful in biodiversity studies. Owing to their inherent formulas, several nonparametric and asymptotic estimators present insensitivity to differences in the way the samples are aggregated. Thus, they could be used to compare species richness scores obtained from different sampling strategies. Our results also point out that species richness estimations coming from small grain sizes can be directly compared and other estimators could give more precise results in those cases. We propose a decision framework based on our results and on the literature to assess which estimator should be used to compare species richness scores of different sites, depending on the grain size of the original data, and of the kind of data available (species occurrence or abundance data).