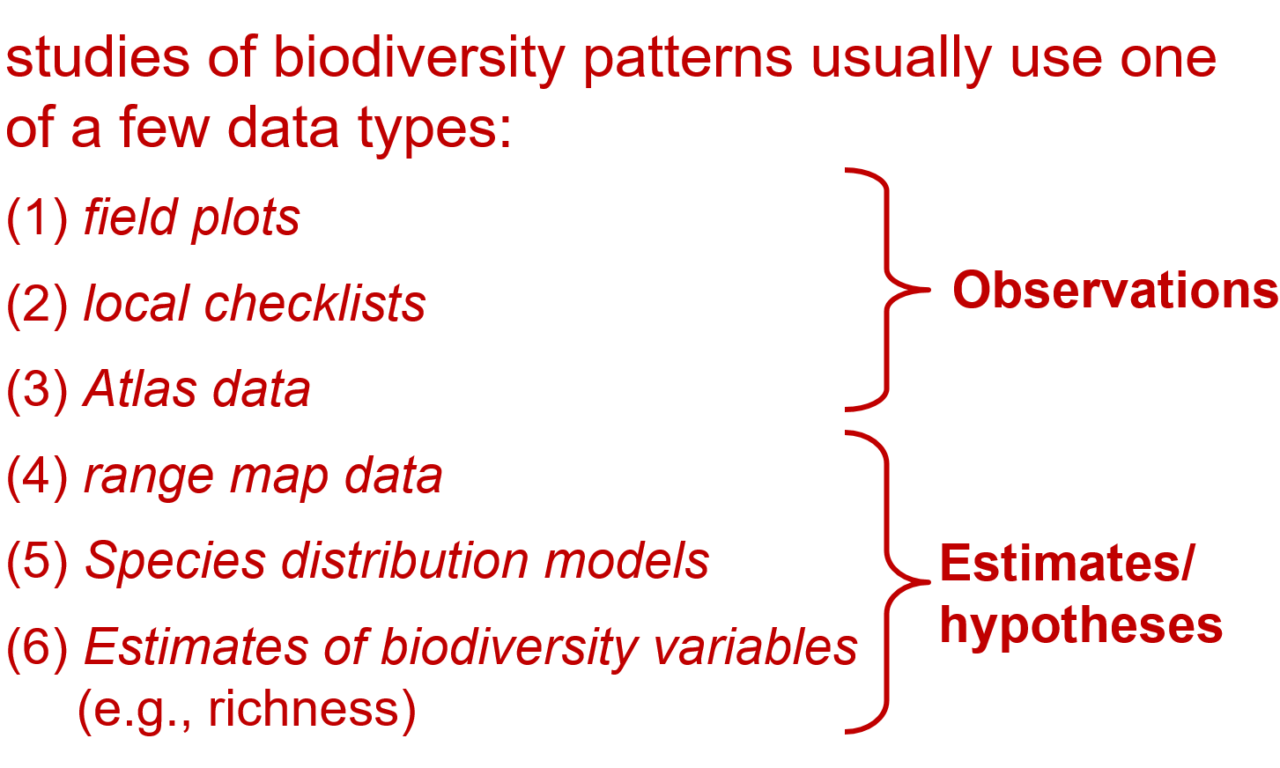 The geographical distribution of biodiversity results from many complex phenomena acting dynamically at multiple scales. Species, populations and individuals are continuously moving, occupying (and evolving to occupy) different parts of the changing geographical and ecological space according to their requirements, limitations and interactions with other species that are also on the move. The aggregation of these dynamic processes is a moving kaleidoscope of patterns that could only be accurately described by the omniscient GIS imagined by Colwell & Coddington (1994), whereby the exact positions of all individuals from all species are always known. Obviously, this cannot exist, so uncertainty becomes an intrinsic part of the study of biodiversity.