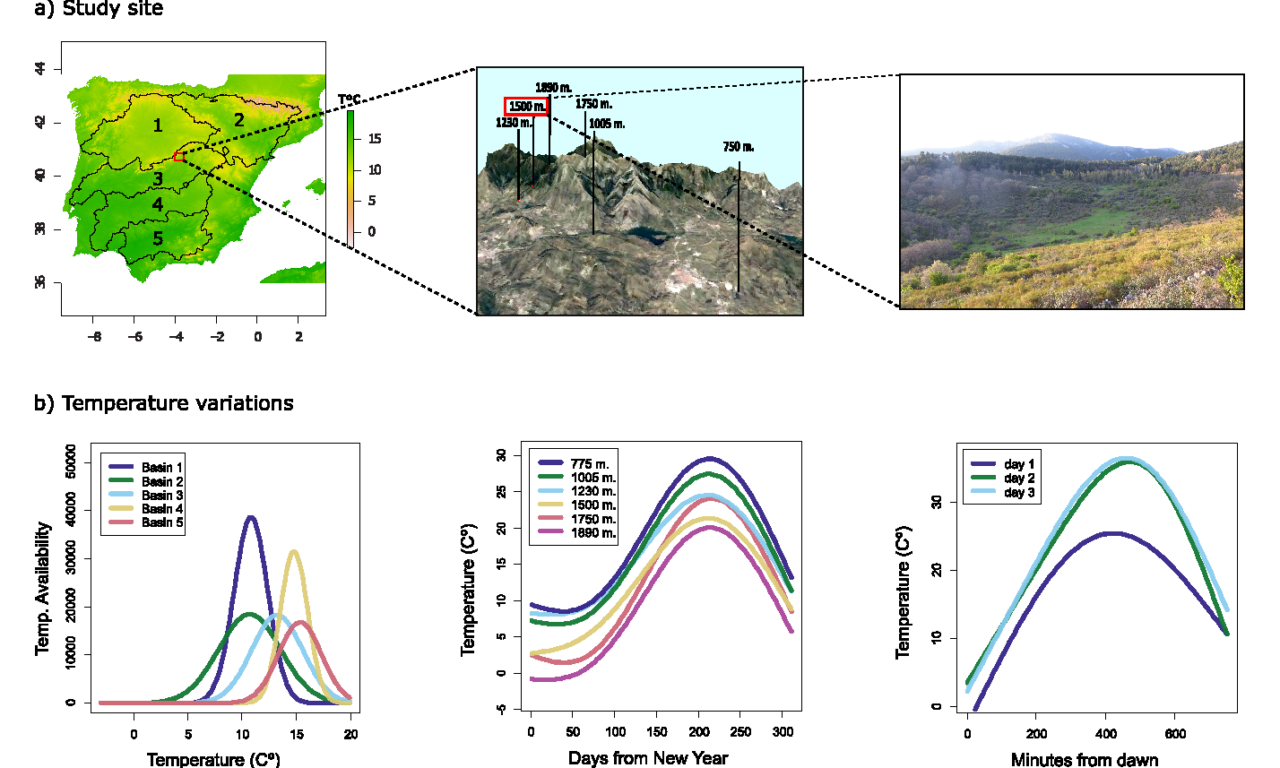 Methods We studied the role of temperature in determining the diel, seasonal and geographical occurrences of 16 dung beetle species. We fitted polynomial GLMs of the abundance/occurrence of each species as a function of temperature and alternative predictors for each spatiotemporal scale, using deviance partitioning to explore the relative contribution of temperature. We used the fitted models to estimate realized thermal niche attributes at these three spatiotemporal scales, and assessed their intraspecific congruence through the correlation of niche attributes from different scales.

Results We found that temperature has relatively low—but not negligible—explanatory capacity at the three spatiotemporal scales, once alternative predictors are taken into account. More importantly, the estimated thermal responses were largely incongruent across scales, indicating that these species have multidimensional thermal niches.

Main conclusions The multidimensionality of thermal niches entails that species’ adjustments to fulfil temperature requirements for one biological aspect (such as seasonal ontogenetic cycles) may result in detrimental effects on other elements (e.g. diel activity). These trade-offs could expose individuals to inadequate temperatures at certain moments, reducing populations’ performance. Paradoxically, the weak effects of temperature we found may have severe consequences for species responses to warming if temperature regulates essential aspects of their biology in divergent ways.