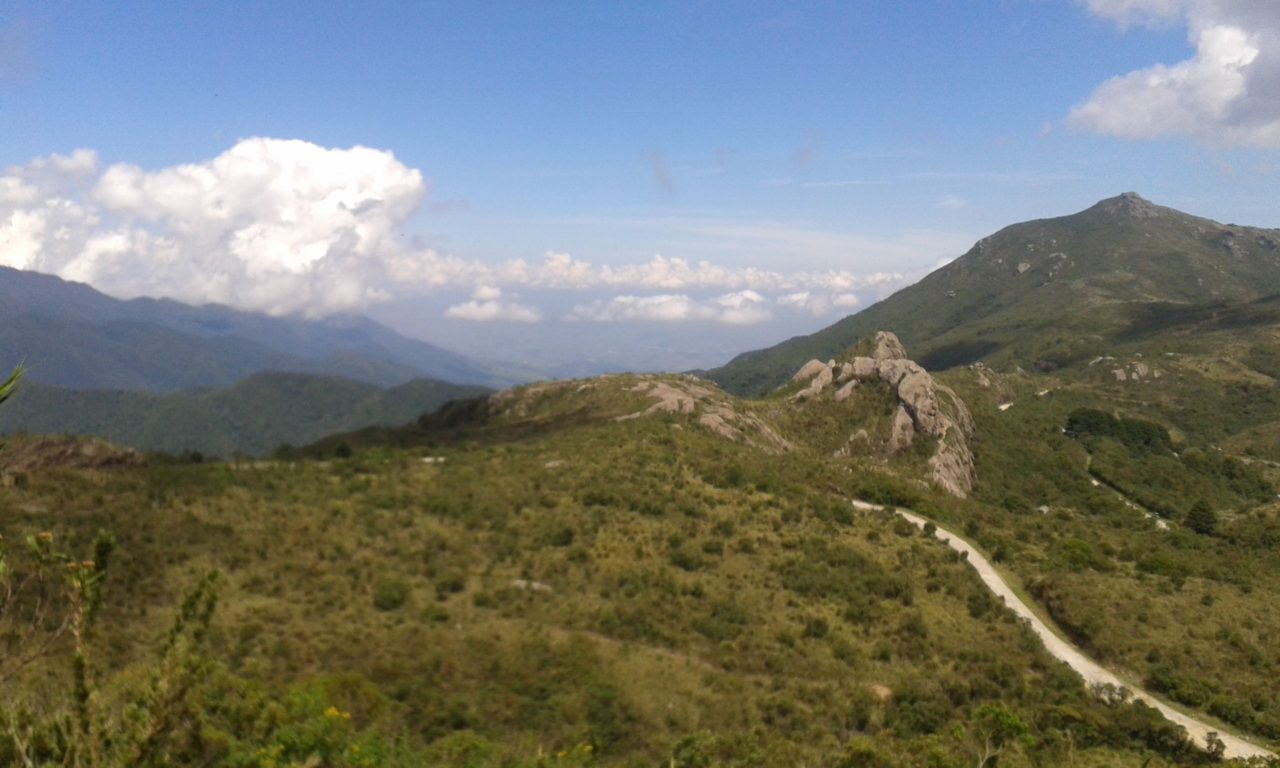 Mountains present large climatic variations along elevational gradients, which can affect the distribution and abundance of species over space and time (e.g. reduction in richness towards higher elevations and seasonal variations). However, variations in biodiversity along elevational gradients within the Atlantic Forest – a hyperdiverse and highly threatened Neotropical biome – have been seldom studied. We characterize the elevational and temporal variation in species richness and abundance of Scarabaeinae dung beetles along the elevational gradient of the Itatiaia National Park. Surveys were carried out between 600 and 2400 m a.s.l., with 3 pitfall traps installed every 50 m of elevation, constituting the largest elevational range studied so far for Brazilian dung beetles. We found a total of 3,586 individuals from 53 species of Scarabaeinae, mostly paracoprids. Species richness and abundance were higher at intermediate elevations (1000-1500 m). Dung beetle communities showed a marked seasonality, with 31 species exclusive of summer and only two in winter. Winter populations were also less abundant, showing a bimodal pattern of distribution of species abundances that contrasts with the lognormal pattern observed in the summer. We showed that both elevation and season correlate with species richness and abundance. Further, eight out of the nine species with large populations showed significant shifts in their elevational distributions between winter and summer. Our results indicate that Itatiaia hosts an extremely rich fauna of Scarabaeinae, with large variations in richness and abundance along the elevational gradient and significant phenological changes at the community level associated with climatic variations between seasons.