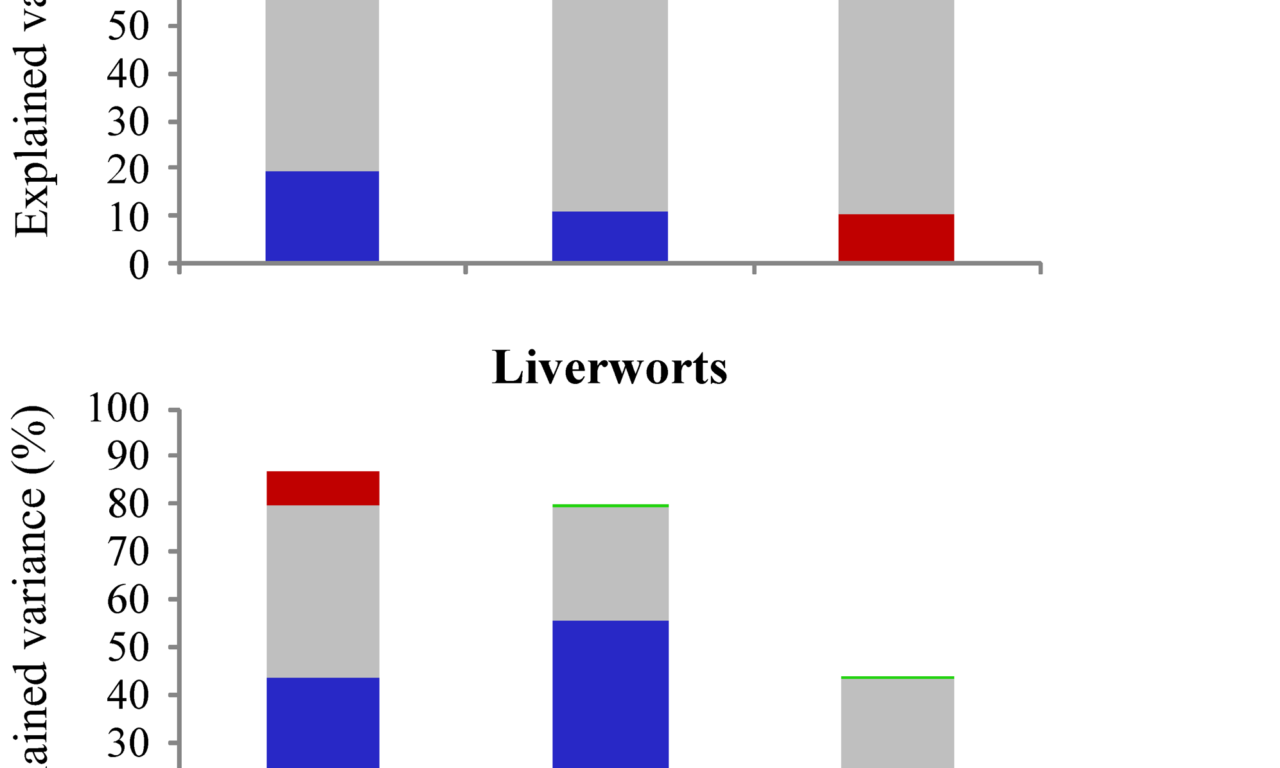 Species richness on oceanic islands has been related to a series of ecological factors including island size and isolation (i.e. the Equilibrium Model of Island Biogeography, EMIB), habitat diversity, climate (i.e., temperature and precipitation) and more recently island ontogeny (i.e. the General Dynamic Model of oceanic island biogeography, GDM). Here we evaluate the relationship of these factors with the diversity of bryophytes in the Macaronesian region (Azores, Madeira, Canary Islands and Cape Verde). The predictive power of EMIB, habitat diversity, climate and the GDM on total bryophyte richness, as well as moss and liverwort richness (the two dominant bryophyte groups), was evaluated through ordinary least squares regressions. After choosing the best subset of variables using inference statistics, we used partial regression analyses to identify the independent and shared effects of each model. The variables included within each model were similar for mosses and liverworts, with orographic mist layer being one of the most important predictors of richness. Models combining climate with either the GDM or habitat diversity explained most of richness variation (up to 91%). There was a high portion of shared variance between all pairwise combinations of factors in mosses, while in liverworts around half of the variability in species richness was accounted for exclusively by climate. Our results suggest that the effects of climate and habitat are strong and prevalent in this region, while geographical factors have limited influence on Macaronesian bryophyte diversity. Although climate is of great importance for liverwort richness, in mosses its effect is similar to or, at least, indiscernible from the effect of habitat diversity and, strikingly, the effect of island ontogeny. These results indicate that for highly vagile taxa on oceanic islands, the dispersal process may be less important for successful colonization than the availability of suitable ecological conditions during the establishment phase.