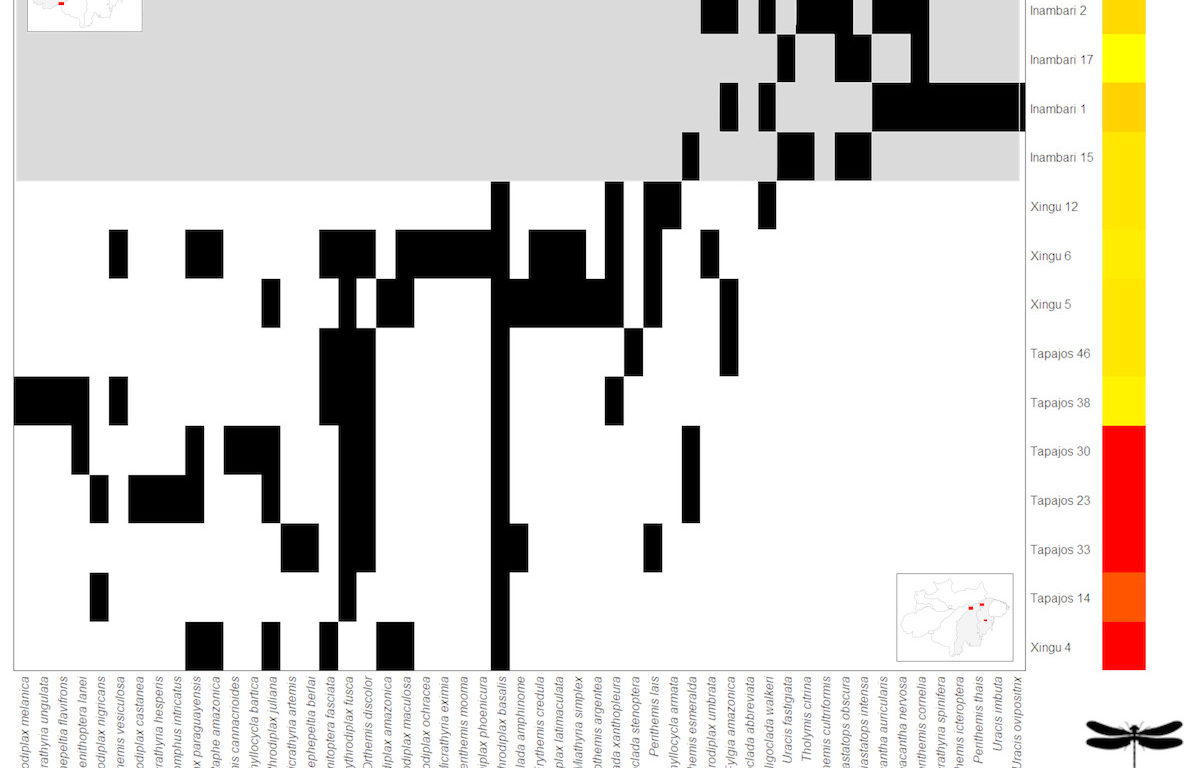 Background We identified and classified damselfly (Zygoptera) and dragonfly (Anisoptera) metacommunities in Brazilian Amazonia, relating species distribution patterns to known biological gradients and biogeographical history. We expected a random distribution of both Zygoptera and Anisoptera within interfluves. At the Amazonian scale, we expected Anisoptera metacommunities to be randomly distributed due to their higher dispersal ability and large environmental tolerance. In contrast, we expected Zygoptera communities to exhibit a Clementsian pattern, limited by the large Amazonia rivers due to their low dispersal ability.

Methods We used a dataset of 58 first-to-third order well-sampled streamlets in four Amazonian interfluves and applied an extension of the Elements of Metacommunity Structure (EMS) framework, in which we order Zygoptera and Anisoptera metacommunities by known spatial and biogeographic predictors.

Results At the Amazonian scale, both Zygoptera and Anisoptera presented a Clementsian pattern, driven by the same environmental and biogeographical predictors, namely biogeographic region (interfluve), annual mean temperature, habitat integrity and annual precipitation. At the interfluve scale, results were less consistent and only partially support our hypothesis. Zygoptera metacommunities at Guiana and Anisoptera metacommunities at Tapajós were classified as random, suggesting that neutral processes gain importance at smaller spatial scales.

Discussion Our findings were consistent with previous studies showing that environmental gradients and major rivers limit the distribution of Odonata communities, supporting that larger Amazonian rivers act as barriers for the dispersal of this group. In addition, the importance of habitat integrity indicates that intactness of riparian vegetation is an important filter shaping metacommunity structure of Amazonian stream Odonata.