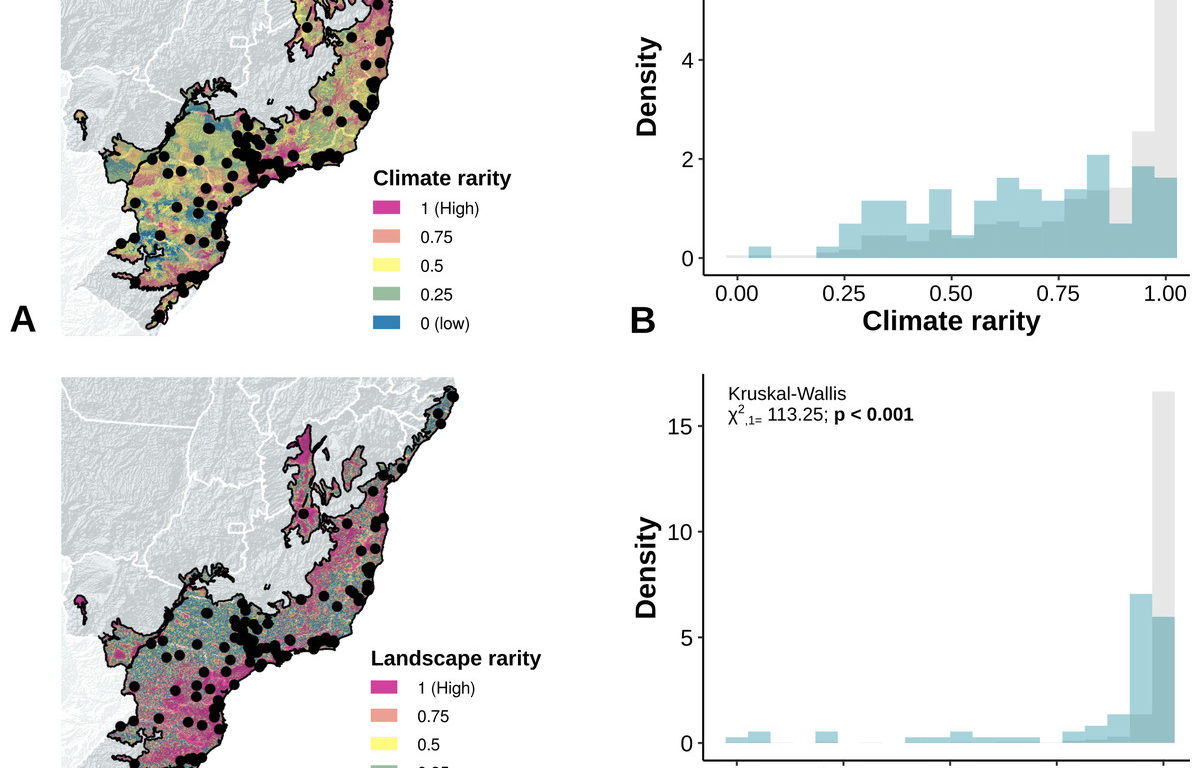 A key challenge for conservation biology in the Neotropics is to understand how deforestation affects biodiversity at various levels of landscape fragmentation. Addressing this challenge requires expanding the coverage of known biodiversity data, which remain to date restricted to a few well-surveyed regions. Here, we assess the sampling coverage and biases in biodiversity data on fruit-feeding butterflies at the Brazilian Atlantic Forest, discussing their effect on our understanding of the relationship between forest fragmentation and biodiversity at a large-scale. We hypothesize that sampling effort is biased towards large and connected fragments, which occur jointly in space at the Atlantic forest.

We found a pattern of geographical aggregation of sampling sites, independently of scale, and a strong sampling bias towards large and connected forest fragments, located near cities and roads. Sampling gaps are particularly acute in small and disconnected forest fragments and rare climate conditions. In contrast, currently available data can provide a fair picture of fruit-feeding butterfly communities in large and connected Atlantic Forest remnants.

Biased data hamper the inference of the functional relationship between deforestation and biodiversity at a large-scale, since they are geographically clustered and have sampling gaps in small and disconnected fragments. These data are useful to inform decision-makers regarding conservation efforts to curb biodiversity loss in the Atlantic Forest. Thus, we suggest to expand sampling effort to small and disconnected forest fragments, which would allow more accurate evaluations of the effects of landscape modification.